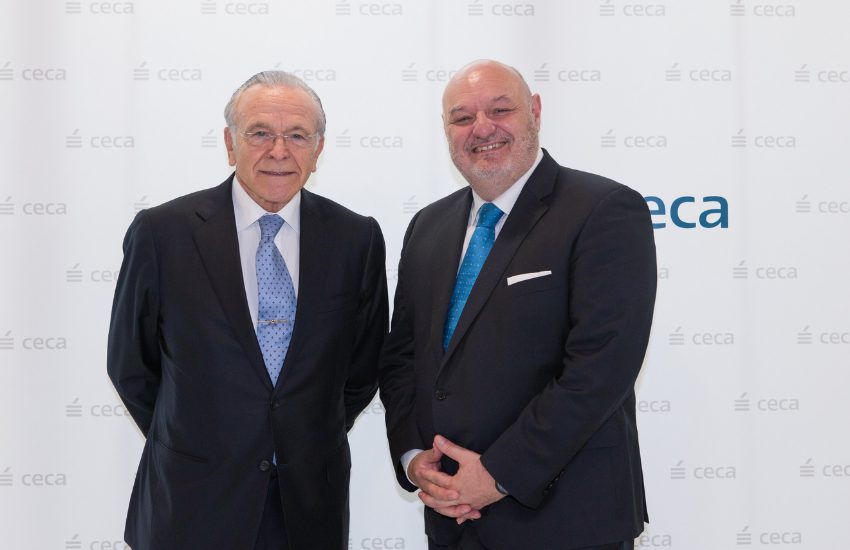 Investment in Obra Social by CECA's member entities totalled €778 million in 2021, once again the largest private social investor in Spain.

The sector has implemented several measures to address the economic and humanitarian crisis caused by the war in Ukraine.

Today CECA held its 115th General Assembly, chaired by Isidro Fainé. The event brought together the banks, savings banks and foundations that are members of CECA. In terms of deposits, the eight groups of credit institutions represented by CECA account for more than 40% of the Spanish financial system In addition, CECA groups together 30 banking and ordinary foundations.

The meeting took stock of the sector's activity in 2021 and reflected on the challenges for the future. Uncertainty remains high and the risks that have conditioned growth in the second half of 2021, such as the evolution of the pandemic, bottlenecks in manufacturing production or inflation, remain latent and new ones have emerged at the beginning of 2022, such as the war between Ukraine and Russia.

In this context, the sector has demonstrated its capacity to adapt, to develop mechanisms to support the productive fabric and to promote recovery. Isidro Fainé, Chairman of CECA, stressed at the 115th General Assembly of CECA that "we, the entities in the CECA sector, wanted to be part of the country's recovery process and we have continued to support society with all our economic and human resources. We have become a kind of vaccine against inequality, against social exclusion and against the risk of poverty".

In 2021, as was made clear at the Assembly, CECA's member entities have focused a large part of their efforts on contributing to the economic recovery. As such, they have continued to facilitate the provision of liquidity and financing to the private sector and have collaborated in the implementation of measures to cushion the impact of the various economic shocks in an increasingly complex environment.

The sector's support for Ukraine

In order to help alleviate the humanitarian crisis caused by the military aggression that Ukraine is suffering, the CECA sector has once again demonstrated its capacity to help society. Thanks to the profoundly social vocation shared by the banks, savings banks and foundations that form part of the CECA sector, and to their coordinated work, initiatives have been developed that seek to respond to humanitarian and economic-financial needs.

The first of these include facilitating fundraising and the collection of donations, providing associations and groups with platforms for channelling aid, a wide network of volunteers to support the various NGOs, the collection of basic necessities, various solidarity events and the promotion of the reception of Ukrainian refugee families.

In terms of key economic measures, efforts are focusing on providing Ukrainian refugees with basic payment accounts, which will allow them access to mainstream banking services. In addition, transfers to Ukraine and Moldova and the use of ATMs for customers of Ukrainian banks are offered free of charge.

The CECA sector, once again the leading private social investor in 2021

A meeting of the Foundations and Obra Social Committee was also held today. This is a statutory and advisory body of the association that brings together representatives of the sector's banking and ordinary foundations. The opening ceremony was attended by the President of the Economic and Social Council, Antón Costas, who stressed that "CECA's Obra Social is the second pillar of the Welfare State in Spain. An essential pillar for the promotion and support of civil society initiatives in favour of the most vulnerable groups in our society. That is why, in these times of pandemic and war, I would like to express my most enthusiastic support and encourage CECA managers to maintain and increase their Obra Social".

In 2021, the sector's entities allocated €778 million to Obra Social activities, once again placing us at the forefront of private social investment in Spain. With this endowment, more than 51,000 activities have been conducted, benefiting more than 25 million people, especially the most vulnerable groups in our society.

As in previous years, the Social Programmes (which group together Social Action and Local Development and Job Creation) have received the most investment, more than €416 million, 53 per cent of the total investment, which has benefited more than 5.3 million beneficiaries in activities related to assistance, health and welfare programmes, inclusion, social kitchens and volunteering.

The Research and Health (Education and Research) domain has been ranked second and has improved its efficiency. Thus, the €195.1 million received (25%) have reached a larger number of beneficiaries, almost 10 million people (38.85%). Through these programmes, the entities promote progress and innovation with training, education, research and scientific dissemination and R&D projects and help our country to be at the forefront of health protection and advanced biomedical research.

On the other hand, the Culture and Science (Culture and Heritage) area, with an endowment of €142.2 million (12.2%), continues to be the most efficient area, with more than 8.5 million beneficiaries. Since their inception they have been a basic pillar for the conservation of our country's historical and cultural heritage.

Lastly, Education and Scholarships (which groups together Environment and Sport and Leisure) has received more than €24 million and has reached 1.6 million beneficiaries. Of particular note is the promotion of study grants, which are an effective instrument for social mobility and the promotion of talent.

Since the Savings Banks and Banking Foundations Act was passed in 2013, the Obra Social of CECA's member entities has invested €6.172 billion, which has been used to implement more than 776,500 activities.

The stable legal framework and proximity to the needs of the community has meant that over the last eight years the Social Programmes (which group together Social Action, Local Development and Job Creation) have received most of the resources, more than €3.381 billion (54.7%).

By groups, between 2014 and 2021 more than €1.526 billion has been earmarked to people under 25, approximately €1 billion to people at risk of exclusion, €452 million to the elderly, €383 million to people with special needs and almost €200 million to 8.6 million entrepreneurs.